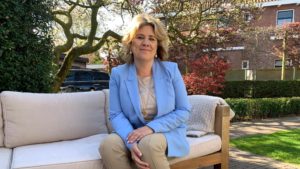 For years, stories have been circulating about the beneficial effect of cannabis oil on cancer patients. But no scientific research has ever been done on patients. Until now, because the University Medical Center Groningen (UMCG) is starting a study into the effect of this oil on tumors in untreated liver cancer patients.

“Two cancer patients started using cannabis oil on their own initiative. We saw that the tumor became smaller and smaller and eventually disappeared”, Maarten Nijkamp, ​​surgeon at the UMCG, tells EditieNL. The patients’ blood values ​​also improved. “Two and five years after diagnosis, the patients were declared cancer-free. They actually had a life expectancy of less than one year.”

It sometimes happens that the cancer disappears in a patient, but it is extremely rare. “The fact that they both used that oil is reason for us to investigate.”

Research on patients
Previous studies have shown that cannabis can inhibit the growth of cancer cells. “But never before has the research been carried out on patients. So that’s what we’re going to do.”

Investigate the effect of cannabis oil in untreated liver cancer patients
Twenty patients can participate in the study – which will take three years to complete. “The first step is to determine the correct dose of cannabis oil that will be administered per patient. This will give them an amount that will give them just no side effects. Then every three months it is examined what the effect is on the tumors in the liver.”

In order to participate in the study, patients must not have serious liver damage. “That is important, because the liver breaks down the drug. If the liver function is no longer good, then the chance of side effects is high and additional damage to the liver can occur.”

Shared experience
This research is desperately needed, says Olga van Harmelen. She has been a cancer patient since 2015 and was told by doctors that she could have a life expectancy of up to five years if she received treatment. “Of course I did. I had three younger children at the time and wanted to survive,” she tells EditieNL.

During her journey, a friend of Olga’s recommended that she try cannabis oil. “That turned out to be my salvation, because since I use it several times a day, my tumor is stable and has stopped growing.” Thanks to Olga, other patients are now also using the oil. “Almost everyone experiences the same effect as with me.”

Embrace Life
Because there is no scientific evidence for the effectiveness of the oil, it is not reimbursed as a medicine. “And not everyone can pay 300 euros a month.” For this reason, Olga has set up the Embrace Life foundation. “With the greatest mission that cannabis oil becomes an official medicine for cancer patients and is therefore also reimbursed by health insurance.”

KWF response
KWF Kankerbestrijd emphasizes that there is still no scientific evidence for the cancer-healing effect of cannabis oil. “We do welcome the fact that more research is now being done on this.”

HappineZZ Ibiza CBD Oil
There are many cannabis activists doing great things for the legalization movement in the United States, europe and the world.